In July-August 2021, the Arbitration Council Foundation (ACF) in collaboration with the Bar Association of the Kingdom of Cambodia (BAKC), organized two virtual workshops on Labour Dispute Resolution Process, the Arbitration Council and the Court, participated by 74 (16 female) people who are professional lawyers and trainee lawyers of BAKC, legal officers and dispute resolution officers from the labour rights NGOs and trade unions as well as officials from the Ministry of Labour and Vocational Training (MoLVT).

The workshops were presided over by Mr. Men Nimmith, Executive Director of the ACF, H.E Ly Chantola, the President of the BAKC, and Lawyer Sous Samoeun, Secretary-General of the BACK, at the opening sessions. The workshop sessions were facilitated by Mr. Mar Samborana, an arbitrator of the Arbitration Council. 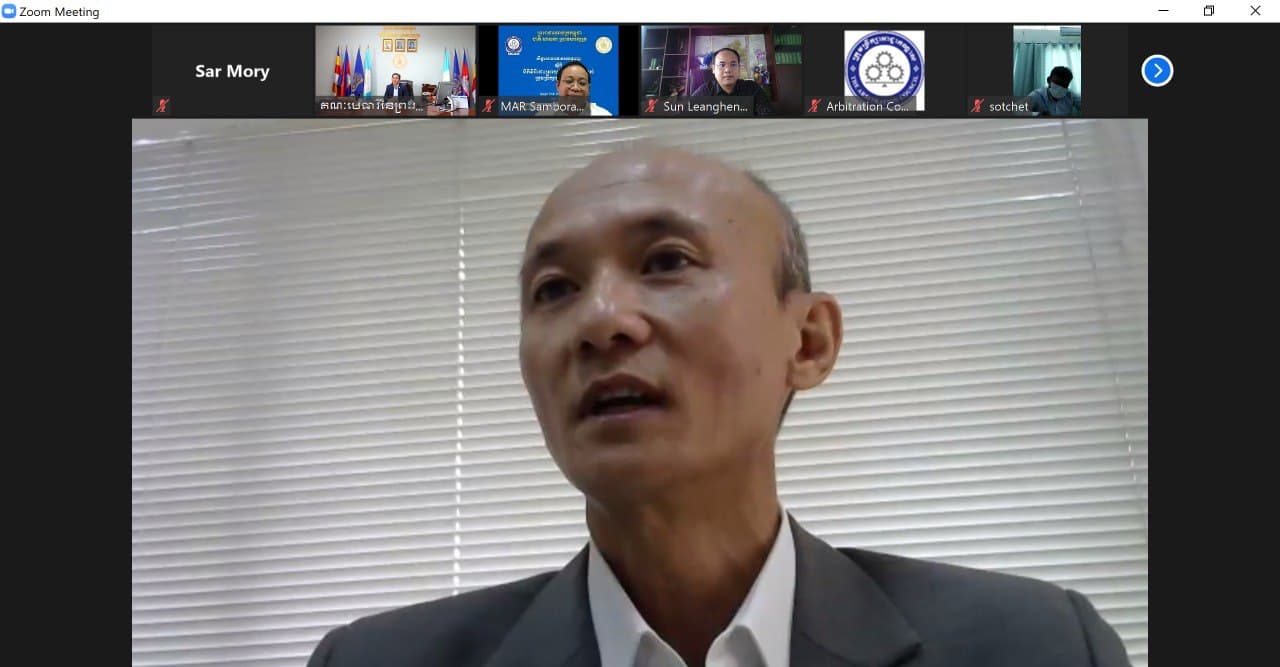 Participants have actively participated through expressing their opinions and flagged out with key interesting points as follows.
– Differences between rights and interest disputes, and the collective and individual disputes so that to clearly defined the authority of the arbitration council in resolving labour disputes in accordance with the labour law in Cambodia.
– Collective bargaining agreement (CBA), the arbitration process based on the CBA, defining disputed issues.
– The compliance of the arbitration award.
– The implementation and enforcement of the labour law and regulations in Cambodia. 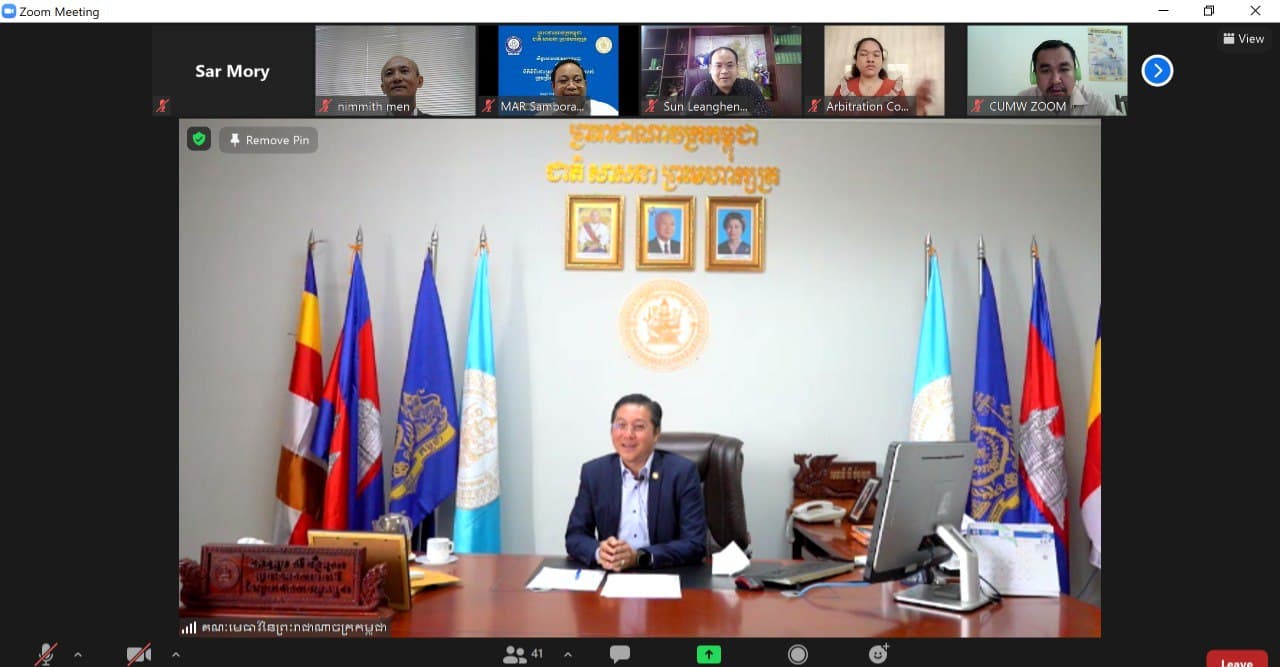 The course evaluation reports showed 100% of participants expressed that the course meets their expectations, and they valued the usefulness of the workshop. Of that, 17% stated they are fully satisfied with the course. On another point regarding with their understanding on the topic and contents, 28% said they are fully understood. Although the workshops were organized online but participants expressed their strong interests with the topic contents, and fully appreciated with the workshop delivery that is inclusive, as represented by 80% of the participants.

Participants provided comments with special interest on the AC’s procedure and process in labour dispute resolution, the analysis and interpretation and the arbitral awards based on the government’s law and legislations. They suggested for having such training workshop to be continued by incorporating case study, and for new courses on techniques of interpretation labour law, trade union law, seniority pay calculation, and case preparation techniques, to workers and employer representatives.
ACF will continued its collaboration with BACK, and other institutions for further strengthening and expanding training activities to enhance public understanding on procedure and process in alternative dispute resolution as well as other training programmes to promote knowledge and skills, and contributing to improve industrial relations in Cambodia.